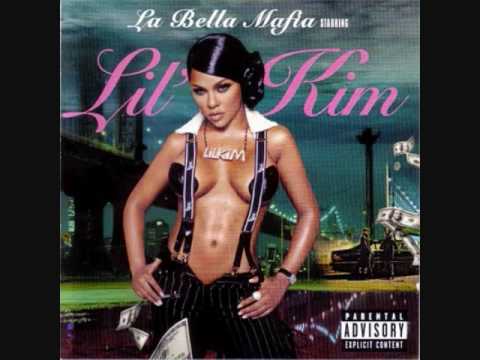 [verse 1: lil' kim]
we 'bout to crush all competition
ain't no chance for ya'll
lil' kim and shanice, we 'bout to dance on ya'll
like a flow in the club, it don't matter where you come from
usa to uk, shake ya bum bum
sean paul dime, keep my hair done all the time
even got a manicurist in the booth while i rhyme
initials on our jackets like laverne and sheryl
kids rock my queen bee logo like a powerpuff girl
we stay on tour from summer to winter
and we rockin' public schools and daycare centers
uh, united we stand, divided you fall
d flawless necklace look like a disco ball
whoa, ya'll don't really want it with the whole beehive
we goin' down in history, the illest gangstas alive
put ya hands on your shoulders, push 'em up, push 'em up
if you feel it in your bones, shake it up, shake it up

[verse 2: lil' shanice]
now i know i ain't grown, but that don't stop me
from shakin' my anus
see i'm 'bout to blow, i'm soon to be famous
now me and lil' kim on the same track is crazy
matter fact you can call that amazing
back to back, shakin' our bum bums
picture us in the war, back to back shakin' off dum-dums
in yo, that's where i come from
my talents official, act up, the hounds'll come get you
you can catch me on my toes in them d&g flip-flops
hopin' outta mommy's new bergundy six drop
what, i can't stop what i do for real
it's like for ya'll i just got to prove my skills
oh, i got a ring filled with all baguettes
nails done, fresh dobbie no barrettes
all i ask is that ya'll show respect
while i do my thing
and shake it up with the coolest queen, uh
(uh)

[verse 3: lil' kim + (lil' shanice) or *both*]
jack be nimble (jack better be quick)
it's the queen and the princess (jack ain't spit)
like that news van *there they go again*
(on nbc to) *nickelodeon*
sophisticated bad girls (ya'll them mad girls)
ya'll them birds everybody done had girls
while dudes sendin' me diamonds and pearl sweaters
(they little brothers send me sneakers and love letters)
next to bill gates, i'm tryna be runner up
like the elevater shaft, baby girl is comin' up
(it's the ill collaboration from the brook to the yonks)
no more franks for this ma, now it's lobster and conck
to my kids in the hood, this one's for you
(grown folks and grandmas can shake they bum bum too)
so come on (come on) come on
*come on with it now, get up, get up
get up and get down with the get down*